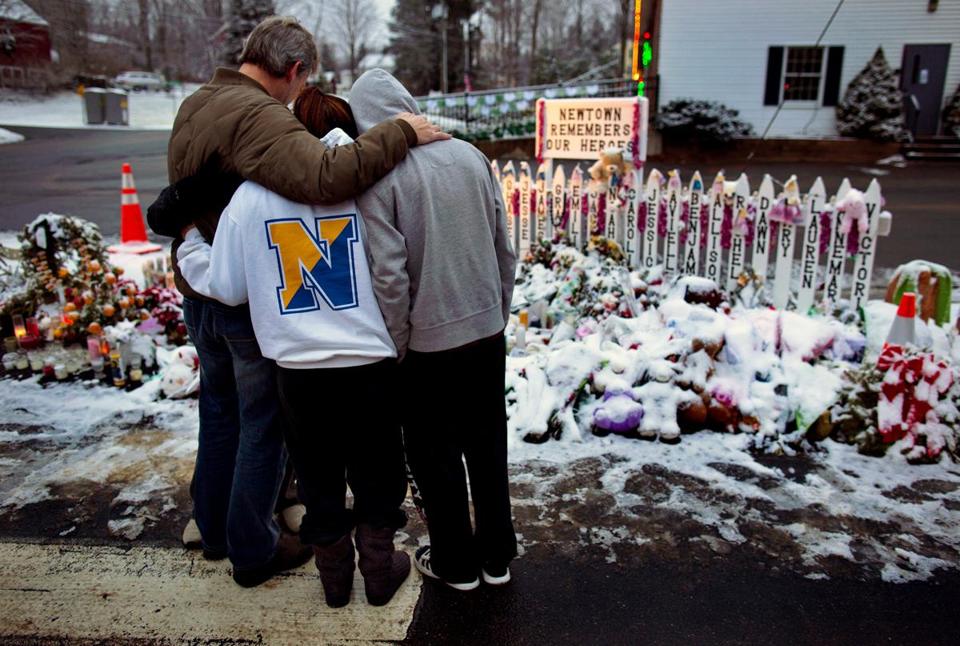 When we see large tragedies like the Newtown shooting, they’re often followed by stories of people helplessly searching for ways to “do something and you don’t know what to do”. They feel helpless. It’s a natural feeling, but I wonder if people who have a deep abiding faith are less prone to it.

There’s something in us that sees a tremendous evil and wants to do something, anything, in response. We saw it after Columbine, after 9/11, after Aurora, and after natural disasters like Katrina and now Sandy.

While there are some obvious ways to help—blood drives, giving to charity, etc—still people need a way to memorialize, to take an existential stand against the evil they confront. So either they build memorials of flowers and teddy bears and stand awkwardly in front of them, perhaps after traveling to the place under a kind of compulsion, or they do the same memorial building and candlelighting, but turn to the Lord in prayer, knowing that only the Father who loves so much that He gave His only begotten Son, His pure, innocent, unblemished Son to die to turn death from meaningless into eternal life.

This is the only way that we can make sense of how we feel after such incidents. My prayer is that all who are confronted by this evil can turn to the Lord to find the meaning and consolation they seek.